The History & Science of crystals

People have been using crystals for many years and they are not just nice to hold, there is some serious science behind these rocks.

The History of crystals

Crystals go way back. Man has used crystals since the beginning of time and it is used in many cultures. Ancient Egyptians wore them as jewellery, had them as ornaments and buried their dead with them.
Crystals are mentioned in the bible, men would go to battle with crystals in their armour. They felt they would protect them in conflict. The Mayans, Native Americans, Aztecs, Celts, Aboriginals all used crystals.

The history of Atlantis was a high tech crystal city that used the crystals for energy. One of the theories of the full of the ancient civilisation is that they overused the energy which eventually destroyed the city.

Have you visited our shop?

The science of crystals

We are all made of electrons, protons and neutrons and are all vibrating. Everything made up of this energy. Crystals are universal energies. Crystals come in all shapes and forms which causes them to have their own, very different vibrational frequencies.
Molecules in crystals are arranged in repeating patterns that are geometrically perfect. This means they are unique in holding their vibrational frequency.

Humans are made up of 60% of water. Because of this, it makes it very hard to keep our vibrational frequency stable. So many factors affect our moods, thoughts and feelings all the time. It’s impossible to remain stable.

How do cystals help us?

Crystals have high frequencies that lift up our low ones. They are a natural way of healing your body and mind and work on balancing your bodies vibrations to become more stable. This then makes you feel good or removes pain or discomfort and heals your body.

Sign up to our newsletter
Be the first to get notified of new content and special offers. 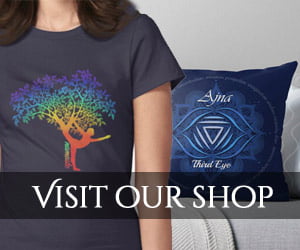